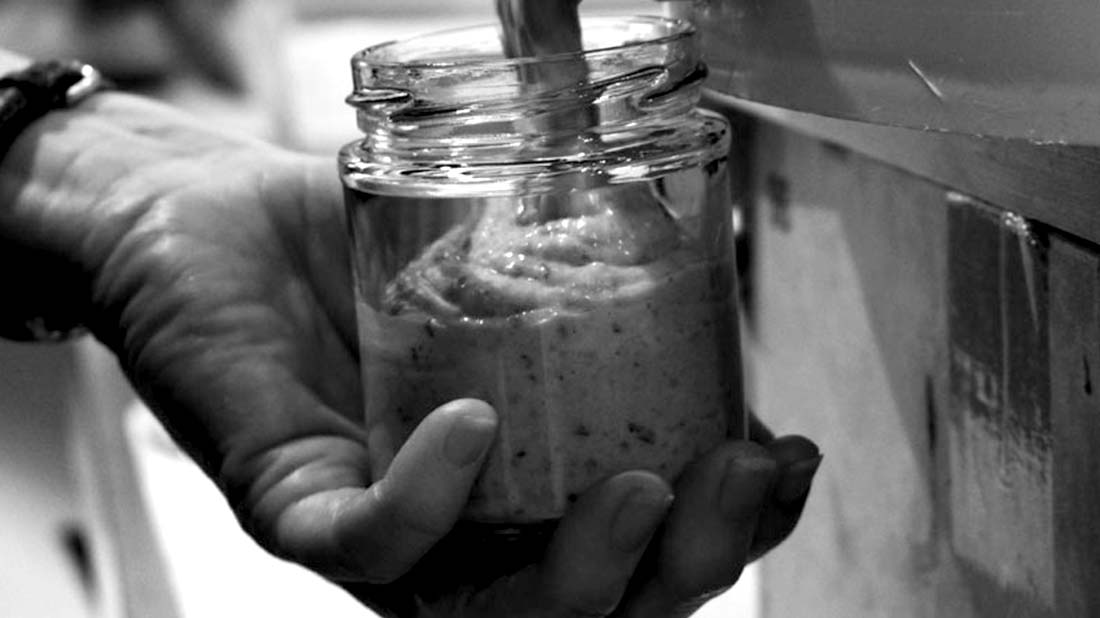 The Magical World of Mrs. McGarrigle’s

Mrs. McGarrigle’s came to life in 1988, born of the enthusiasm and determination of owner and founder Janet Campbell. While some things have changed over its 30-year history (like store and product line expansions), the spirit and passion at Mrs. McGarrigle’s have remained the same. The business has definitely stayed in the family with Janet’s daughter Hailey now running the sales division. 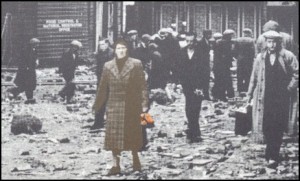 Early in the morning on May 6th, 1941, the residents of Greenock (Inverclyde, West Scotland) were awakened to the horror of WWII’s indiscriminate destructive force. Residents had been targeted as Nazi Germany’s next seemingly random Luftwaffe blitz. Over the course of 48 terrifying hours, the industrious little city was virtually levelled. Nearly 600 civilians were killed, over 1,200 injured and 10,000 of Greenock’s 18,000 homes and businesses were damaged – 1,000 of which were completely destroyed.

The original Mrs. McGarrigle is captured in this photograph by Mr. James Hall and was included in the book The Greenock Blitz by Inverclyde District Libraries, 1991. Here, Mrs. McGarrigle, a good Scottish dame, is seen marching through the war-torn ruin that was once her city carrying home a basket of oranges with which to make marmalade. Yes, marmalade.

The above photograph captures just one moment in this woman’s life, but clearly expressed her unwavering fearlessness and utter determination in spite of the chaos that her world had just become – torpedos be damned. It is her courage and audacity that are the inspiration behind the name of Mrs. McGarrigle’s.

When Janet set out to sell her Mrs. McGarrigle’s mustards, she started manufacturing her products in the basement of an Ottawa hostel after hours.

What began as a small mustard operation eventually blossomed into a stylish gourmet food, fine kitchenware and home decor retailer; one that is no doubt a lure for those in the National Capital area who enjoy the finer aspects of cooking, dining and living. For them, the store now reads like a magical grown-up candy store for cooking enthusiasts with its extensive array of food and lifestyle products.

“We like your visit to our store to be an experience. With several tasting stations, meet, greets and eats with local producers and a knowledgeable staff, we really hope to create a warm and fun atmosphere for every time you step through our door.” 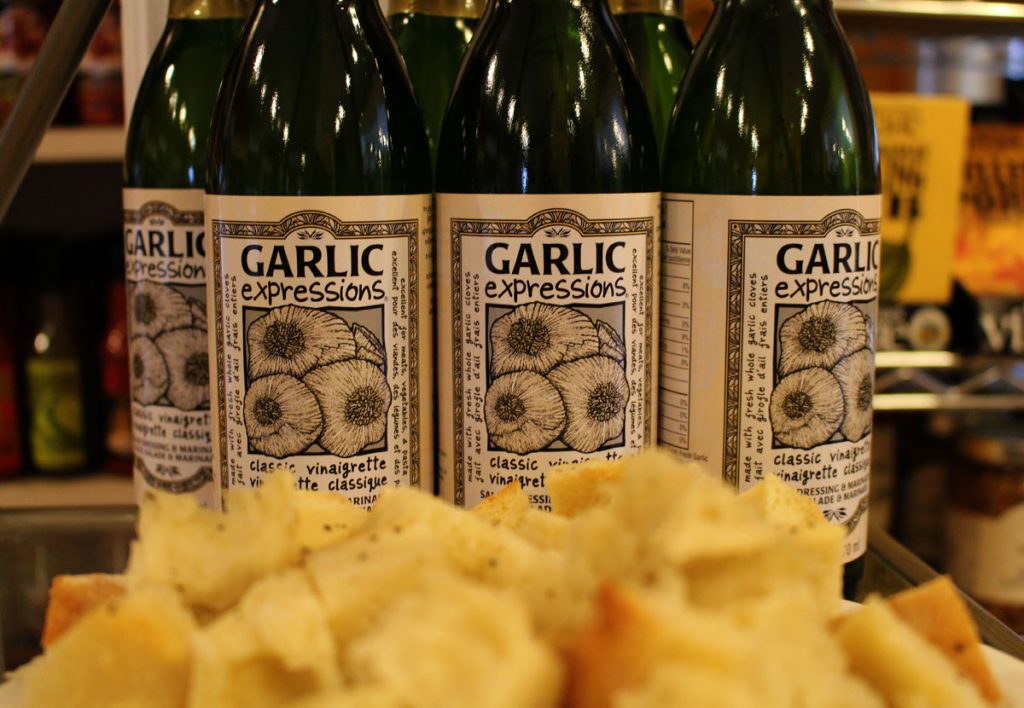 As the business itself, the store (located in historic and picturesque Merrickville, Ontario) has expanded repeatedly over the years. Now occupying more than 3,000 square feet in what was originally an 1888 general store, it not only serves as the basis for Mrs. McGarrigle’s retail business, but is also used as the premises for their mustard and condiment manufacturing operation, as well as a respected cooking school.

Unlike other stores, Mrs. McGarrigle’s encourages that you try before you buy, always providing samples of local products in addition to their own for customers to snack on. The tempting aromas greeting customers as they enter – sometimes as a result of delicious demonstrations and sometimes originating from the kitchen where production often runs seven days a week to keep up with the constant demand of the nearly 300 retail outlets across the country that stock Mrs. McGarrigle’s many mustards, preserves and condiments. 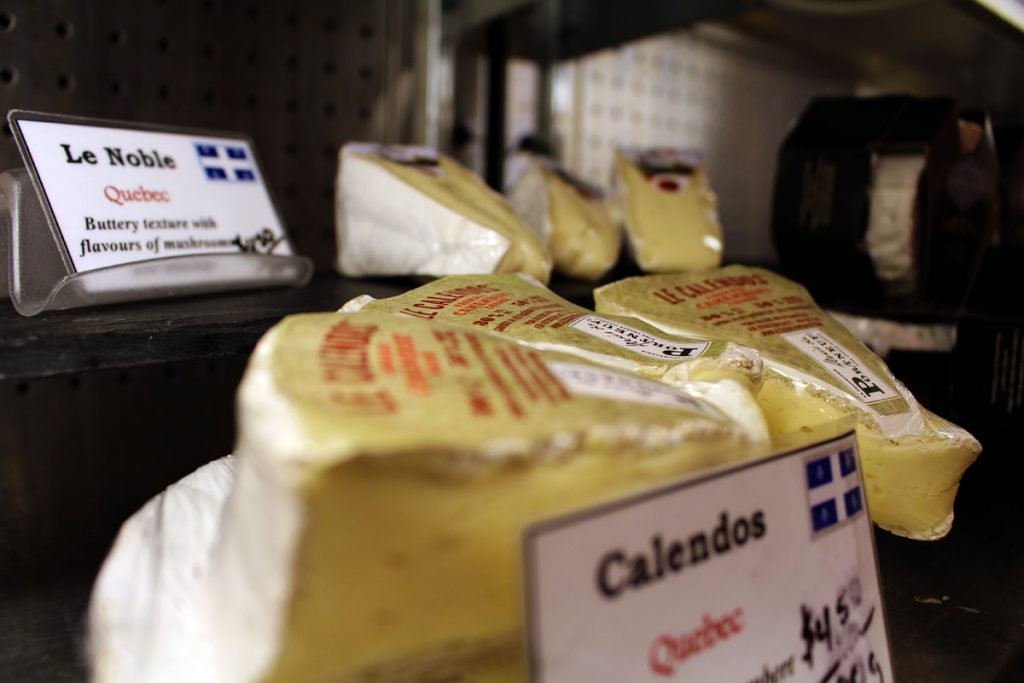 Mrs. McGarrigle’s has always been a proponent of their community by giving other local artisans the space and resources at their store to help spread the word about their products. Through product tastings, cooking demos and culinary classes, there is definitely a feeling of camaraderie and local support when you walk through their doors.

“It can be intimidating sometimes, say, staring at a shelf with dozens of different preserves. Who better than the producers themselves to give cooking and serving suggestions?”

When making products from their own lineup, Mrs. McGarrigle’s uses local ingredients whenever possible. Not only does buying from local suppliers contribute to the local economy, but if you ask Janet she’ll say that local ingredients just taste better.

It’s no surprise that Mrs. McGarrigle’s customers are willing to travel significant distances to consume the store’s delicious offerings of local and international gourmet products. You’ll immediately understand after just one visit. Many customers even plan special weekends over the summer to do some shopping, and stay along the beautiful Rideau Canal just steps from the store.

Not content with offering just fine mustards and foods, Mrs. McGarrigle’s now prides themselves on offering their customers fine experiences. From professionally-instructed artisan cooking classes to culinary excursions to Italy, Mrs. McGarrigle aims to show their market the finer things in life. It’s because of these finer things that after 27 years, the store is still considered one of Ontario’s premiere epicurian destinations; a magical world for cooking professionals and beginners alike. 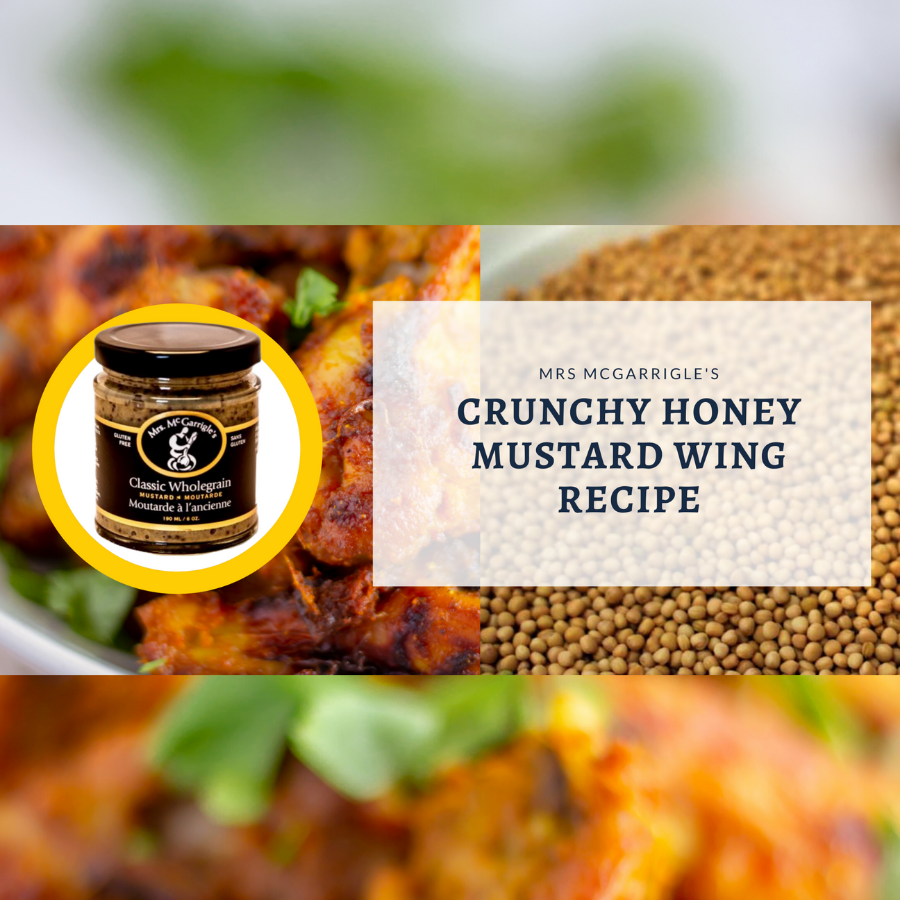 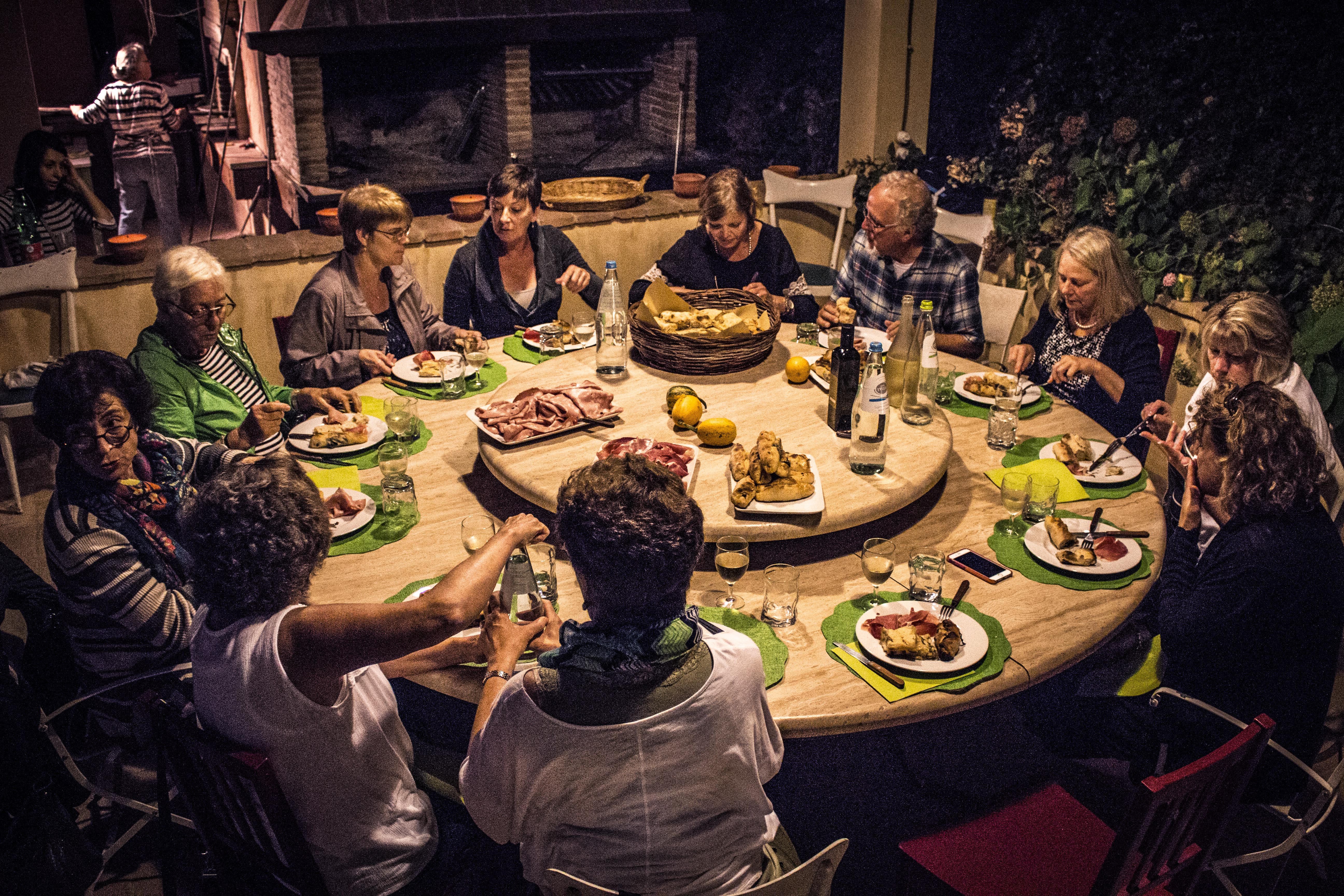 5 Reasons Why Your Next Vacation Should be to Tuscany 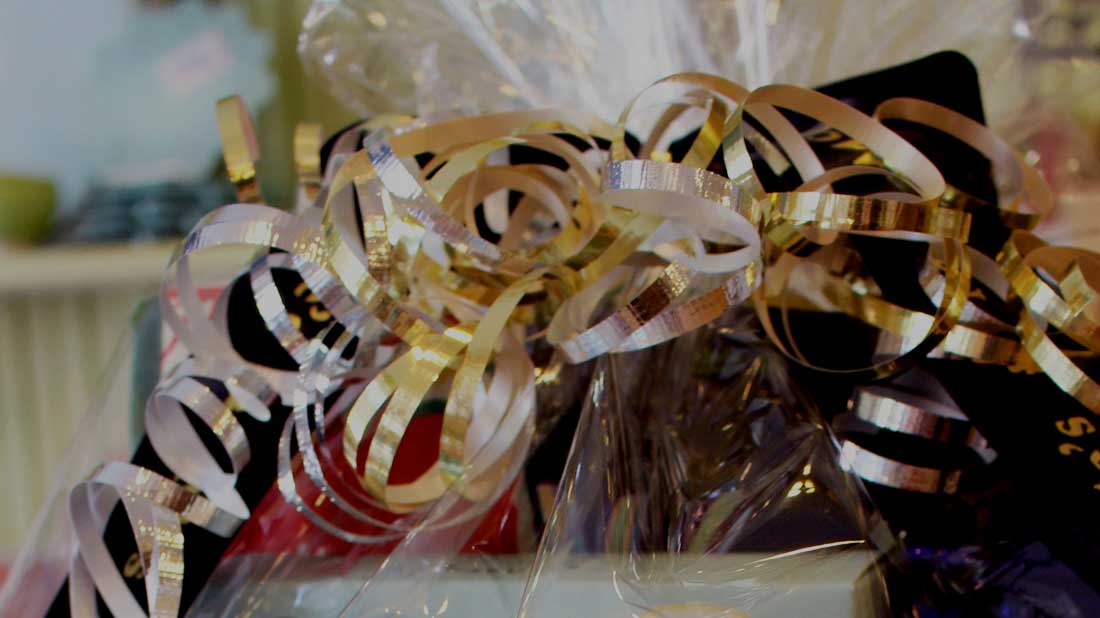 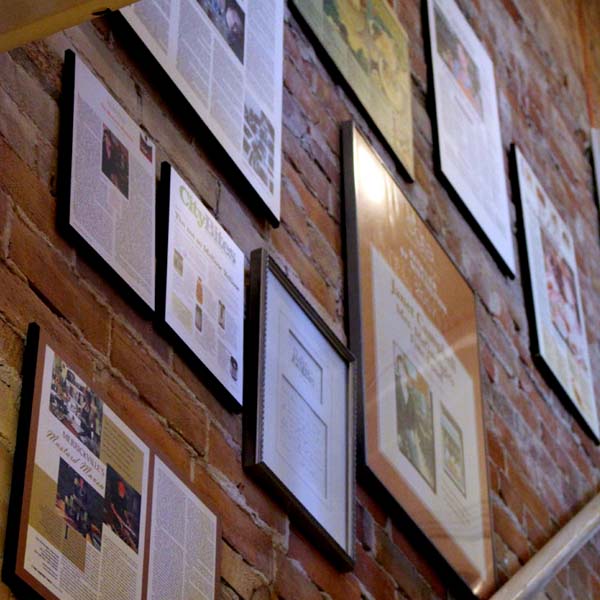 For 30 years, Mrs. McGarrigle's has been making hand-made award-winning mustards from their gourmet food shop in Merrickville, Ontario.